At this point, I'm not quite sure how to start these anymore, in large part because while every year brings strange and new things, as I get older time has a new definition. It's less about the passage and more about what I do with it. And in 2017, that holds especially true.

You may have noticed that the last time this blog was updated was in August, and there's a reason for that that I'm still dealing with: early this year, I started getting sick. At the time, I don't remember thinking much of it, just that I would be sick for a handful of weeks, then get better, and then a handful of weeks later I'd be sick again. It wasn't until late this summer, however, that we started wondering if there was a real reason for this, and it turns out there was: this December, I'll be getting my tonsils out.

Let me tell you, before I was finally diagnosed in September, I was scared as all get out that it was going to be something far more serious: it's taken a lot out of my brain and body, so much so that my memory is not what it used to be, which is terrifying in its own right, and forced me to give up my kickboxing, which not only kept me fit and strong but helped with depression and stress. Breast cancer runs in my family, and because I have about the same amount of luck as Kenny on South Park, I was expecting the worst. It's a relief that it's only my tonsils (or so we'll find out, if I remain healthy after I have my surgery) and that the treatment isn't something drastic (at least, insofar as surgery isn't drastic).

But the hardest part about being sick this year (my current bout of illness, even with new medication, marks ten times in eleven months) is what it's done to not only my physical health, but also my mental health. 2017 has been hard, for a number of reasons, not the least of which being the current president, but also the fact it's now been a year since my eldest brother died, the fact I'll be the second person in my immediate family to graduate with a Bachelor's degree in December, and the fact that my little dog died on November 5th.

It sounds almost fictional, doesn't it? If this amount of bad luck happened to a character in a book, I'd question the credibility. Who has bad luck every November? (Spoiler alert: it's me.) At this point, my family is always on the alert in November, waiting for the next shoe to drop.

It's become a joke between my friends and I to say "It's November" whenever something bad happens. We weren't even a week into November when my dog died, after six hours of seizures that grew worse and worse as time went by, in the wake of medication he was on to help his arthritis (he was 13). After he died, an autopsy was done and it turned out he had advanced pancreatic cancer as well. It's unknown whether or not the arthritis medication exacerbated it, but regardless: my dog had been in pain and we weren't able to help him enough to fix him. He's no longer in pain now, though, and that's the best we could hope for. He died while he was safe and warm and surrounded by his family at home.

Although for the past two Thanksgivings I haven't felt very thankful, I am so incredibly lucky for my family, my friends both new and old, my agent, and my boss, all of whom have helped me so much this year and kept me going. (Special shout out to Hafsah, Sarah, Jo, Oliver, Eve, and Megan. You guys are my muscle.)

This week's selection is called The Wolf by SIAMÉS. Hope you enjoy!

This week's selection is called Gunshot by BLAJK. Hope you enjoy!

This week's selection is called Beyond My Reach by Andy Black. Hope you enjoy!

This week's selection is called Crossfire by Stephen. Hope you enjoy!

This week's selection is called Brother by Kodaline. Hope you enjoy!

This week's selection is called Broken Dream by Two Steps From Hell. Hope you enjoy!

Where to find me! 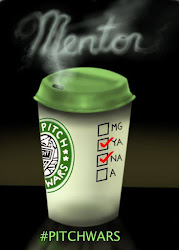